The homeless man on the bench in front of the Library of Congress rubbed his eyes and watched the strange scene unfolding before him. A white Volvo had just jumped the curb, lurched across the deserted pedestrian walkway, and screeched to a halt at the foot of the Library's main entrance. An attractive, dark-haired woman had leaped out, anxiously surveying the area, and spotting the homeless man had shouted, 'Do you have a phone?'

Apparently realizing as much, the woman dashed up the staircase toward the library's main doors. Arriving at the top of the stairs, she grabbed the handle and tried to open each of the three giant doors.

But the woman didn't seem to care. She seized one of the heavy, ring-shaped handles, heaved it backward, and let it fall with a loud crash against the door. Then she did it again, again and again.

Wow, the homeless man thought, she must really need a book. 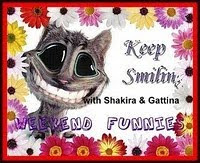 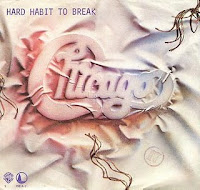 1. Do you have any habits or rituals at this time of year? Yes, I order myself to forget the issues of life the entire season and just be happy

2. Polar bears seem to do well in the snow... How about you? Is snow just another thing you deal with when it shows up, or is it shutdown time? ...and if you're posting from a non-snowy locale, do you make trips to actually see snow? It's okay to admit it...It was a thrill to see snow for the first time, but my southeast asian blood warned, 'you go out there, I'll curdle.'

3. Tell about a toy you remember from your childhood. Barbie dolls sent in from Australia. A cousin left them on the floor after playing with them and our dog thought they were cute munchies. I was heartbroken.

4. If you could make one thing in the world absolutely free for everyone, what would it be? Clean air and water

5. Do you live close to your immediate family members? If not, how far away are they? They're 6 hours by plane (including transfers) away

6. My mom ordered a turkey dinner from a local market. it was o.k., but not very good. how was your turkey (or last holiday meal) this year? Fantastic

7. In a one horse open sleigh: Have you ever been on a sleigh ride or a carriage ride? Do you even like horses? Or would you just rather travel by your own two feet? I've been on a carriage ride, but not the sleigh which I would love to experience one day

8. What is your favorite Christmas song? ...and sung or played by whom? You know, the one you tend to listen for on the radio or hit 'repeat' on the player... So many...but the one that warms my heart really is The Christmas Song by the Lettermen. There's no open fire, Jack Frost, nor folks dressed up like Eskimos in my part of the world but I love the song and I think that's the magic of christmas working

9. What is your least favorite Christmas song? ...and sung or played by whom? You know, the one you tend to skip on the player... Those turned into rap. I don't hate the genre but I'm not a big fan either

I am Harriet said…
I can't believe your dog ate your Barbies!
Have a great weekend!
http://harrietandfriends.com/2010/12/the-frisky-says-six-things-men-say-that-signal-trouble/
5 December 2010 at 01:17

Hazel said…
Harriet, I can't believe someone was too brilliant to leave the dolls where they don't belong :(
5 December 2010 at 07:04