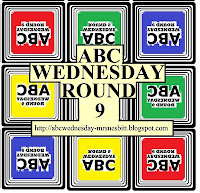 "All the heroical fictions of ecclesiastical quixoticism"
That, claims, Wikipedia, is the first time quixoticism is mentioned, giving Pulpit Popery, True Popery as the source. Urban Dictionary defines quixoticism as unattainable idealism.

Let's take ism from quixoticism and we have quixotic. Anyone who knows Don Quixote would have an idea what the adjective is about.  Merriam Webster defines it as foolishly impractical especially in the pursuit of ideals marked by rash lofty romantic ideas or extravagantly chivalrous action.


"It doesn't do to be quixotic. Telling the truth to people who misunderstand you is really promoting falsehood." ~ Anthony Hope
Then we take ic from quixotic and finally we have quixote. Enter (drum roll please) Don Quixote of La Mancha, the windmills, skinny Rosinante, ladylove Dulcinea.... Chivalry at its quixotic best!
"The Quixotes of this Age fight with the Wind-mills of their owne Heads"
- John Cleveland, The character of a London diurnall 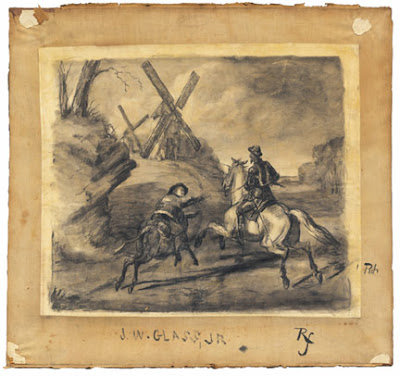 Wizard Academy
This post is linked with ABC Wednesday.

Unknown said…
That is a gorgeous illustration and a good choice for Q.
I have a drawing hanging on my bedroom wall showing Don Quixote and his Sancho Pansa riding up to a giant cuckoo sitting on a skull (maybe I'll be back with a photo).
8 November 2011 at 23:26

Carver said…
Great post and I've always been rather partial to fighting windmills as in impossible dreamers.
8 November 2011 at 23:39

Roger Owen Green said…
we should all tilt at windmills sometimes.

photowannabe said…
A perfect choice for the letter Q. Very interesting and sometimes I feel I am chasing windmills in my life.
9 November 2011 at 00:58

EG CameraGirl said…
Great chice for Q - one which I didn't even think of when considering what to post myself. Maybe next round. ;))
9 November 2011 at 03:27

Chubskulit Rose said…
I remember Don Quixote in one of my subjects in high school hehehe.

Find out what Quiet is for my kids.