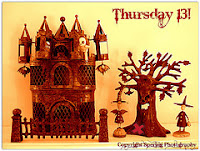 As Bangkokians brace for "what now?, what next?..." the end of the country's worst flooding in 50 years seem drowned in the depths of either two major bursting dams. Blame, criticism and serious politicking affect flood (mis)management further.  The situation could be Thailand's halloweenish watery scare. I personally just went out yesterday to pick a few items that will somehow ward off starvation should the waters rush in to where I live. If most Thais are at a loss to understand what exactly is the government trying to say, what and how could anyone who does not speak the local language grasp anything at all?  Maybe Friends of the Nation editorial cartoons can help. A quick fact by the way: Prime Minister Yingluck Shinawatra is sister of former PM in exile Thaksin Shinawatra. 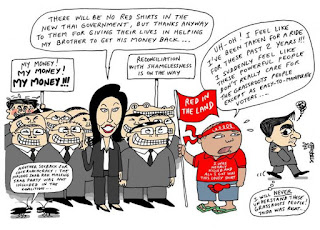 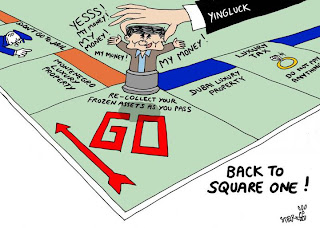 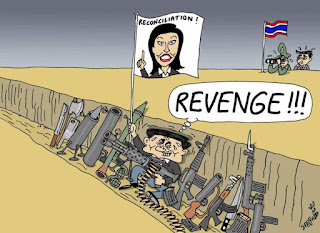 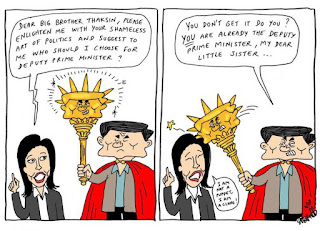 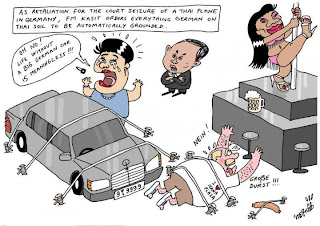 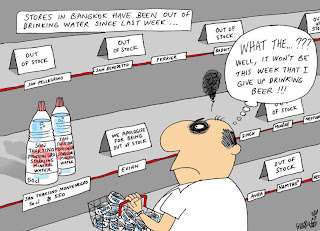 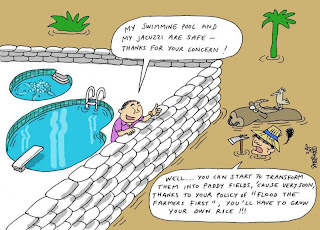 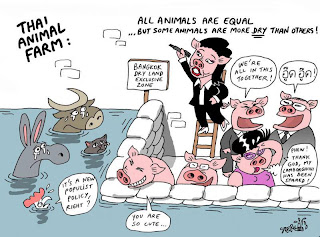 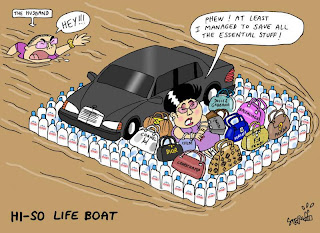 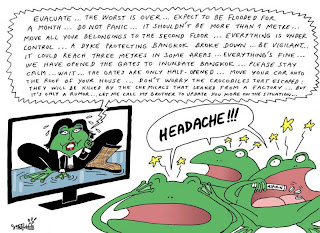 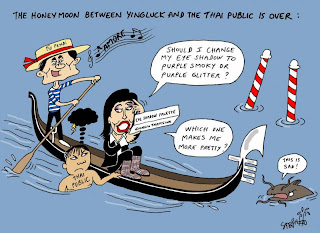 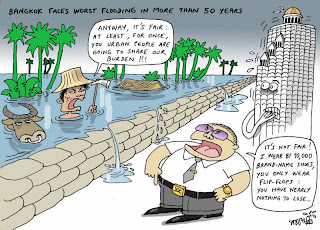 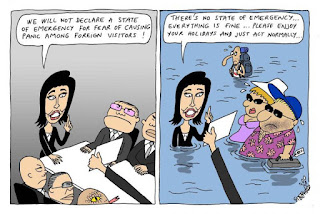 Thanks to Megan and Janet for hosting Thursday 13.

Heather said…
Sounds like your PM is about as popular as my state's governor or Wall Street CEOs. Glad you enjoyed my Halloween photos!
27 October 2011 at 12:17

kimmyschemy06 said…
oh!i must have put my comment on the wrong post, 'hahaha! CUTE!' it's supposed to be here.. sorry about that :(

M. Reka said…
Great post, I enjoyed reading your lines very much. thanks for sharing with us :)