'Cambridge is a complex place'

October 07, 2010
... observes the Duke of Edinburgh. Someone from Cambridge University Press came to speak to us. He gave away Cambridge: 800th Anniversary Portrait to a Thai teacher, who handed the book to me as if she was glad to get rid of it. (It's ok. She doesn't read, nor speak English) Into my lap a treasure fell. Some days must be bright and cheery :-) 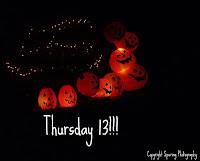 1. "As an undergraduate I was persuaded that the Dons were a wholly unnecessary part of the university. I derived no benefits from lectures, and I made a vow to myself that when in due course I became a lecturer I would not suppose that lecturing did any good. I have kept this vow." Bertrand Russell, The Autobiography of Bertrand Russell, 1967 (p.53)

3. "Dear Sir, I will be obliged to you to order me down 4 Dozen of Wine, Port, Sherry- Claret, & Mandeira, one Dozen of Each; I have got my Furniture in, and begin to admire College Life. Yesterday my appearance in the Hall in my State Robes was Superb, but uncomfortable to my diffidence." George Gordon Lord Byron, letter to John Hanson 1805 (p. 38)

5. "We have mathematical lectures, once a day - Euclid and algebra alternately. I read mathematics three hours a day - by which means I am always considerably before the lectures, which are very good ones. Classical lectures we have had none yet-nor shall I be often bored with them. They are seldom given and, when given, very thinly attended." Samuel Taylor Coleridge, letter to his brother George, 1791 (p.49)

6. The marble index of a Mind for ever, Voyaging thro' strange seas of Thought, alone. William Wordsworth on Isaac Newton's statue in Trinity College (p.61)

7. "Although we shall presently see, there were redeeming features in my life at Cambridge, my time was sadly wasted there... but as some of my friends were very pleasant, and we were all in the highest spirits, I cannot help looking back at those times with much pleasure." Charles Darwin, His Life Told in an Autobiographical Chapter, edited by his son Francis Darwin, 1902

9. If you are a Jew or a Buddhist, you will have to make an effort to find out about the relevant religion groups and societies. If you are a Moslem you will find your needs badly catered for in Cambridge, and will have to work especially hard. Whether you're a Christian or not, you won't have to wait more than a few days before CICCU catches up with you." Varsity Handbook, 1980-1 (p.256)

11. "in a world rocked by greed, misunderstanding and fear, with the imminence of collapse into unbelievable horrors, it is still possible and justifiable to find the exact placing of two pebbles." Jim Ede in 1957 (p. 212)

12. "The game is more important than the score" motion of Anne Mallalieu's (first woman to be elected president of the Union Society) debate (p.192)

Xakara said…
Wonderful quotes, especially the one from Sylvia Plath :).

I'd love to visit the university one day.

Hazel said…
Anni, yes they are.

Unknown said…
Such a radically different college experience than mine.
7 October 2010 at 22:44

Heather said…
I think a great many college students the world round would be inclined to agree with Darwin, lol. Great quotes!
7 October 2010 at 22:51

I am Harriet said…
Enjoyed your excerpts.

Hazel said…
Alice, yeah Cambridge is radical in many ways. The events forming and transforming it thoughout the ages make it - Cambridge.

Heather, they most probably would, lol!

Kristen said…
I always think of Cambridge as it appears in nineteenth century novels, cold, damp and harsh. I imagine it has moved into the 21st century in actuality, but that spoils its reputation a bit.
8 October 2010 at 21:22