March 21, 2009
JK Rowling is one author who not very long ago had me coming back for more (and more, and wishing for more). In the middle of writing my master's thesis, two friends invited me to visit England so I happily stuffed my excited butt on a jet and flew in. My fascination for Harry Potter became more intense in the moors of Goathland where I took a morning walk. 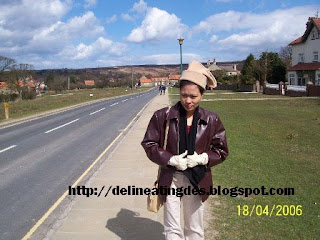 HP fans would know that North Yorkshire is a filming location of HP2; the scene below where Ron and Harry travelled to Hogwartz in the Flying Car. I promised myself that right after the gradschool dean tells me "You passed," I'm going to have a Harry Potter pleasure reading spree! I've been a bit hooked on the books since then; also roaming the net for anything about HP.

Audience group for HP is supposed to be composed of teenagers or younger than teenagers, right? I'm sure I'm too old for HP; but then not as old as my ex sis-in-law who is around fifteen years older than I. She's a doctor; you know the type with a stethoscope slung on her neck at work but at home reads Harry Potter like a fifteen year-old. Now the world is becoming mental, lol ...(I can hear HP fans chorusing, "That is soooo Ron Weasley!"). The craze in my part of the world does not end there. A friend from college, also a medical doctor is another fan. She is watching Harry if she's not closing wounds. I have passed on my interest in HP to my son. He certainly does not mind long hours in the mall if we're buying HP gadgets: 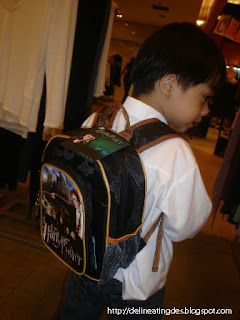 I took a Harry Potter character test this morning for fun. Well, fun that made me think more than employ my emotions when I'm reading the books. This is my result:

Your result for The Harry potter character Test...

"He was the best Auror the ministry's ever had"
Noble yet ruthless. Brilliant with a twist of insanity. Excellent wizard who became the most feared dark wizard catcher. While not as moral as Dumbledore, he is just as honest with the same essential values.

Rona could have done this test already but I don't know if she has. Harry Potter fans out there who may be interested, grab away and discover who's your HP character!

Anonymous said…
Hi Hazel! I haven't done this test yet, will try it too. Curious ako kung sino ako :D