A Filipina at the Dodgers

For several weeks I wanted to feature some piece I thought was patriotically moving, but was always sidetracked by something else. This weekend's Super Bowl in the US and today's Monday Mayhem seem in tune with the time to finally post this. Here's 16-year old Charice Pempengco, a Filipina singing America's national anthem at the Dodgers game opening on April 13th 2009.

Monday Mayhem: Our Homelands
Please scroll up for Musical Monday

Today's meme is a reflection of our participants. It is called the Philippines and the Americans. Let's test our knowledge of our country and others.

Answer these questions as best as you know how. You may learn something new....

What is the 'official name' of each country?
Republic of the Philippines
United States of America

Which country has more people living in it?
U.S.A.
P.S. I cheated; can't believe the population explosion in RP could surpass the geographical size of America and therefore relative population figure so I googled it and my USA hunch matched the search results.

Name a famous Spanish explorer who had a great impact on each country. 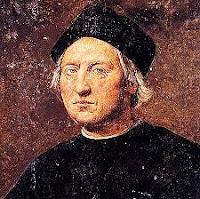 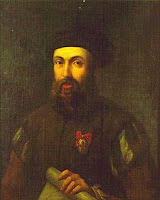 Christopher Columbus, USA * I doubt Columbus was spanish though
Ferdinand Magellan, Philippines * Magellan was not spanish either. He just wasn't happy with Portugal oh... Grandma Hazel apologizes for the blab.

What is the shape of a football?
Oval
Round
Don't want to stir up controversy.
Oval

Who makes the best Pizza?
Domino's
Pizza Hut
Lou Malnati's
Some dude in NYC
I'll just answer Pizza Hut because it is what we have here

Which country does Thom live closer to?

US
Philippines
Who cares?
Who the heck is Thom?
Doesn't Thom live in Hawaii which is USA? and Philippines (to me at least) seems soooo far away from Hawaii.

Finally, tell us something great about your country.
If you are earning dollars you can easily buy an entire island. Contact me for more details. No, I don't do hard-core real estate but I may be able to lead you to someone who does nyahahah!

Anonymous said…
Charice Pempengco - what a voice. That is just the bomb!!! Thanks for sharing. :) ROFLMAO!!! Grandma Hazel and the blab. Oh come now...what would we do without her blab every once in a while :) How big is the Island? Curious minds want to know? Have a splendid week ahead :)
8 February 2010 at 12:40

Hazel said…
Thom, average size if I remember it correctly, but should curious minds get serious I'll ring Paris (that's where the owner's friend lives) :))

Run DMT said…
What a voice! She did better than Carrie Underwood did at the Superbowl tonight. No joke! And Charice wore better shoes, too.

kalea_kane said…
Thanks for sharing Charice Pempengco with us. It was lovely to hear. :) Now onto your MM...always good. I was scratching my head with the Thom and the whole locale thing. Have a beautiful day!
8 February 2010 at 14:51

I am Harriet said…
Ha! Good answers- and you are right....the actual 'Spanishness' of both is questionable.
Linky went down so I had to add a new one. Oh well.
Thanks for playing!
8 February 2010 at 22:32

Anya said…
I never heard of that song
sound gooooooood :-)

Kelly L said…
That was beautiful - I have no idea why I well up every time I hear that song sang beautifully.
Thanks for sharing...

If I Could Escape . . . said…
Amazing! Thanks for sharing.