I shouldn't have told you that! 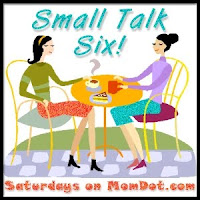 Back then my folks were oftentimes willing to free me from doing chores if I read. I didn't show them how much I enjoyed the arrangement. *wink* But the way the publishers introduce these books (#1,2,3) it appears my parents must have had their own motive as well for relaxing those domestic rules. Books 3, 4 & 5 contain fave chapters and stories I read to my son, and the last one, passages I read out loud to myself.

1. Children Around the World (A compilation) "written to inculcate true values to children without being preachy, this volume introduces a child to people in other lands."

3. My Bible Friends. Ten volumes, by Etta B. Degering "this is a reinforcement for value-teaching in a way children will love and enjoy."

5. Treasury of Poetry by Alistair Hedley

6. Harry Potter and the Philosopher's Stone by JK Rowling "I shouldn't have told you that!" 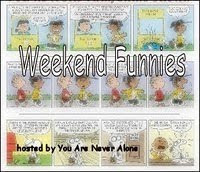 Once again, I'm sharing something emailed to me. Thank you, Friend C.

The following is an actual question given on a University of Liverpool chemistry final exam.

The answer by one student was so "profound" that the professor shared it with colleagues via the Internet, which is why we now have the pleasure of enjoying it as well.

Most of the students wrote proofs of their beliefs using Boyle's Law that gas cools when it expands and heats when it is compressed or some variant.

One student, however, wrote the following:

"First, we need to know how the mass of Hell is changing in time. So we need to know the rate at which souls are moving into Hell and the rate at which they are leaving. I think that we can safely assume that once a soul gets to Hell, it will not leave. Therefore, no souls are leaving. As for how many souls are entering Hell, let's look at the different religions that exist in the world today. Most of these religions state that, if you are not a member of their religion, you will go to Hell.

Since there is more than one of these religions and since people do not belong to more than one religion, we can project that all souls go to Hell. With birth and death rates as they are, we can expect the number of souls in Hell to increase exponentially. Now, we look at the rate of change of the volume in Hell. Because Boyle's Law states that in order for the temperature and pressure in Hell to stay constant, the volume of Hell must expand proportionately as souls are added.

1. If Hell is expanding at a slower rate than the rate at which souls enter Hell, then the temperature and pressure in Hell will increase until all Hell breaks loose.

2. If Hell is expanding at a rate faster than the increase of souls in Hell, then the temperature and pressure will drop until Hell freezes over.

So which is it?

If we accept the postulate given to me by Sandra during my freshman year, that "it will be a cold day in Hell before I sleep with you," and take into account the fact that I slept with her last night, then number 2 must be true, and thus I am sure that Hell is endothermic and has already frozen over.

The corollary of this theory is that since Hell has frozen over, it follows that it is not accepting any more souls and is extinct... leaving only Heaven, thereby proving the existence of a divine being - which explains why, last night, Sandra kept shouting "Oh my God.""

THIS STUDENT RECEIVED THE ONLY "A".

Gattina said…
Hahahaha ! this student should get an award ! Anyway I would prefer to go to hell, because in heaven it's too boring, there will be all popes, cardinals etc and nuns !
17 July 2010 at 22:17

Anonymous said…
What great books my friend. I like your list. :) Again I haven't read a one of them LOL :)

Your joke was just too funny. I loved it. :)