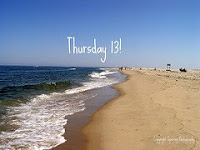 Monday was not bad. Technology did 95% of my job and I was paid for warming a high-back swivel chair in a lab full of computer geeks. When I started noticing how 'alien' their language is to me, I explored their dictionary. These are 13 of what made me go like, oh, I see then is that so?... and in between, what? --

1. glambassador
a diplomat selected for his or her celebrity and appearance, not for any particular knowledge of foreign policy or international affairs. For example, "Linda Gray of TV's Dallas was just made goodwill glambassador for the U.N. Population Fund."

2. gutenburg
a person who insists on printing out everything available onscreen. "Keith is such a gutenberg. He printed out a 150-page manual just to read a few sections of it."

3. leetspeak
a.k.a. leet, lite, elite, eleet, 1337, 3l337, l33t, 3l33t
Leetspeak, or "leet" for short, is a type of online jargon in which a computer user replaces regular letters with other keyboard characters to form words phonetically. Though it was originally used by hackers and gamers ("leet" is a vernacular form of "elite"), leet is moving into the Internet mainstream and is also used by millennials.

4. QCD
Quarterly Charm Deficiency
an emotional disorder that arises in executives at the end of each fiscal quarter

5. anus envy
slang for the practice by fans of The Jerky Boys, Howard Stern, Rush Limbaugh, and others of trying to emulate - or outdo - their idols.

6. teergrube
German for "tar pit" this term refers to a server specifically designed to slow down spammers.

7. extremophile
slang for an organism that can live in conditions of heat, radiation, or toxicity normally considered inhospitable to life

8. kodak courage
slang for an extra dose of courage and the tendency to go beyond one's usual physical limits when being filmed or photographed (from action sports such as skateboarding, snowboarding, and extreme skiing).

9. angry garden salad
slang for a poorly designed Web site GUI with incorrect code behind it (so that if you click on one thing it launches another).

10. hacker ethic
a set of moral principles common to the first-generation hacker community. According to hacker ethic, all technical information should, in principle, be freely available to all. However, destroying, altering, or moving data in a way that could cause injury or expense to others is always unethical.

11. on velvet
slang for "sitting pretty," it means things are going very well. For example, "I saw Erin yesterday and she told me she finally got a Web sponsor, she was on velvet."

12. send storm
a deluge of private chat messages while one is trying to do something else online. "Sorry, I'm currently the victim of a send storm. I'll be with you in a moment." On AOL, this is called "being IMed to death."

13. technohedonist
people who always rush to promote the latest digital technology as the "next big thing" regardless of the appropriateness of that technology or its market

Hootin' Anni said…
It's been way too long since I've visited with you and I wanted to stop by to say hello....

Tetcha said…
That must have been an interesting experience for you! "Kodak courage" - I love that word!
2 September 2010 at 18:44

colleen said…
And my word is "tech no logic' in that I don't have any.

I am Harriet said…
I'll have to remember a few of those.

Hazel said…
Anni, when you said it I thought of the veggy :D

Tetcha, kodak courage makes me think of TH more or less but in a nice way

Colleen, that's a good one!

Kristen said…
I'd have been completely lost in a conversation with those words. It's nice to know what they mean, though. Bring on the technogeeks!
3 September 2010 at 03:27

jillconyers said…
I wonder if my geeky husband is familiar with this language. Great T13.
3 September 2010 at 17:16