Christmas without you - Martin Nievera & What would you do if...

He congratulated her for passing some national exam. They bumped into each other at the luncheon that followed. He flirted. She blushed. Their mothers quietly watched as his played the piano and hers sang at church functions. Her family doctors, his parents packed him off to boarding school. She got packed off herself to a different boarding school. Roses were sent. Letters exchanged. Interests changed. BAs later he courted her again. And she messed it up again. He went on to medical school while she went abroad to learn to be independent and maybe to learn how not to scare away a potential husband. Christmasses haven't been exactly magical since 1988.

Alright, alright, enough dramatic tripping down memory lane. She was me (there I just busted myself), and I'm back to 2009, an old maid with a new perspective on "without you." You now refers to anything but him, ie. parties, shopping and all I need to see standing by my christmas tree is tour therapy for neurotic tendencies.

during the holiday someone gave you a 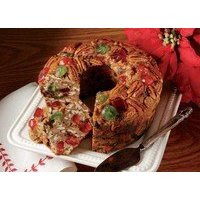 If it's made by Shangri-la and no other I'd actually eat it. This one looks like a throat clogger. I won't take the risk.

secretly scare the rats away with it or if it's given by someone who has no idea it's ugly, I'd wear it once so as not to offend

deposit it to my dog's trust fund

Hmm.. he'll make a good bouncer for the sickos at work

a lump of coal 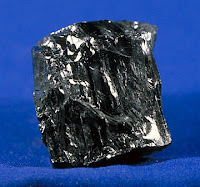 have someone who doesn't have anything to do in the world, powder it and then put it in my urn
a Miley DVD

see if my niece would want it
So what is the worst gift you've ever received?
I was probably in 3rd grade when I got a plastic ring. I recognized it as a giveaway for purchasing a bag of salted corn. Well, child's stuff. Looking back, I dunno whether I'd be amused or frown at it.

Anonymous said…
LOL...BUSTED!!!! LOL I love the story. Things only get better if you ask me and are done for a purpose so never an old maid...just a fun loving woman with an great outlook on life :) Love your Musical Monday...And you like fruit cake...PFFFFT!!!! Boy you got a great memory ... I can't even remember what I got last year LOL. Have a great week ya Old Maid ROFLMAO!!!!
14 December 2009 at 13:53

kalea_kane said…
I loved your story.

If I Could Escape . . . said…
Awww, I loved your intro story to your Musical Monday. Great song!

Run DMT said…
Darling, never an old maid just a lady living life to the fullest! ;-) If your meant to be, it will happen. Thanks for opening your heart and sharing such a sweet tale.
14 December 2009 at 22:32

I am Harriet said…
From what I hear, Mr T actually started out as a bouncer. Your dog is very lucky :)

Diane said…
you get the best story to go along with a MM selection award! as long as you're learning as you go, everything will turn out just fine, i think. :)

Hazel said…
ArtSnark, custom-made thought 4 you: a trust fund could never get big enough for a well-loved 5-lb poodle to ever need a bouncer.
15 December 2009 at 11:05

Hazel said…
Oh, Thom I'm supposed to be freaking sentimental about the darn MM post rofl... and I see how you hate fruitcake and your reaction at finding someone who likes it cracks me up. The one I'm accustomed to must be all deliciously different from the one you all hate lol....

Run, it was good to let that one out in written form, exposed kind of way at last; and we're not meant to be, but I'm over that as well :)

Harriet, really?! I inferred from his looks

Marice said…
we have the same answer re Miley :)

kirsty815 said…
Sorry it took me so long to get over been having some trouble with my computer *sigh*. Great song choice. )Oh and I saw your post for today too. I LOVE Annie and remember the soundtrack from my youth, I might even know it by heart. lol
15 December 2009 at 22:22

Hazel said…
Marice, the youth in your family and mine must be about the same age then :)

Kirsty, no problem at all. Thanks for visiting and I hope your computer is now working for you without any more problems.
15 December 2009 at 23:08