The museum at King Narai palace in Lopburi closes at half past four. We were late. But the ruins outside the inner palace gate was perfect for the time we arrived, less than thirty minutes to five. Sunset was approaching, the early birds were leaving. We were among the few who loitered behind. We couldn't have chosen a more wondrous time to be there. I have noticed it in our previous visit to the ruins of the french ambassador's mansion on the other side of this historical town: a resident mystique envelopes relics of the past, especially those that enjoyed splendor in their day. When it's not disturbed by the sounds of present reality, it is magical.

We explored in peace. I wondered if these gates were as huge as those mammoth elephants I saw on encyclopedias as a kid. Behind me are the elephant stables. 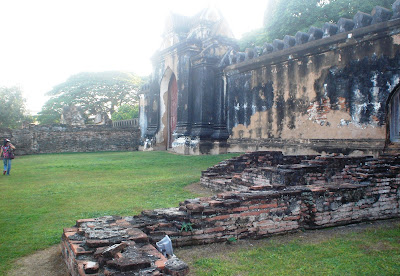 Trying to get an idea of what was in store the next day, I peeped through the slit. I managed outlines of edifices even bigger than the skeletal remains standing on the outer grounds, still proud. 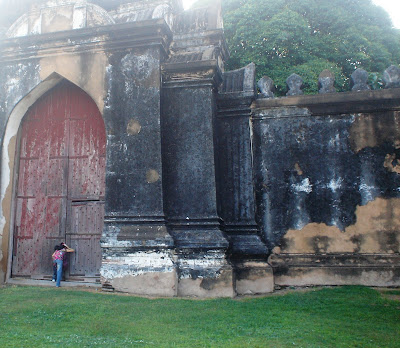 A hymn played in my head, the shadows lengthen as the sun hurried west. 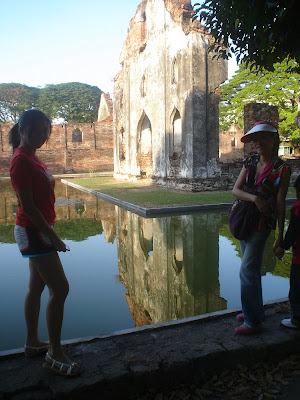 Waxing meditative is easy when ruins speak to you 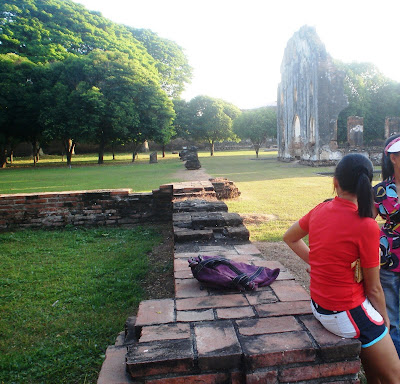 Electric bulbs are placed in lower corners. How do you imagine these ruins when they are aglow with lights? It made me wish out loud, I want a wedding here... :) Float lotuses on the pond, play a lace-adorned grand and my appetite for forensics and archeology is mentally well-fed. 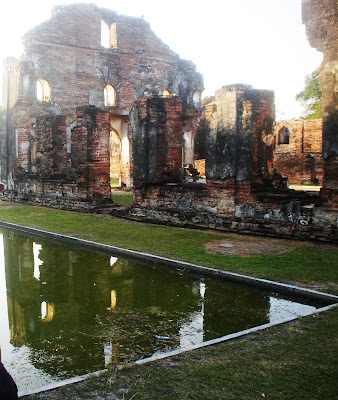 Zeee said…
OMG! I love the ruins! I wouldn't mind not getting into the museum if I can explore these awesome ruins!

Arlene said…
i bet it's a nice place to have a wedding. That's the first thing i thought of when i was at the church ruins in Camiguin.

Inday said…
Lovely photographs and repertoire of info Hazel. I enjoy the sighting.
6 December 2009 at 19:59

Ebie said…
Its undeniably super huge gates! Ruins and antiquity tour is so exciting, and just the place I want to be!

Al said…
Absolutely love the last photo, I agree it is a perfect place for wedding ceremonies.