When you are spent 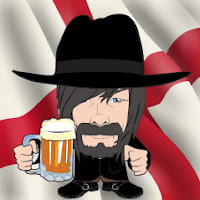 Today we ripped this meme off a blogger named Notbob at the blog Notbob's Bits. He states that he stole it at Milly's Big Fat Me blog. But, it was probably stolen there as well. So, of course, that will be as far as we go. Tracing back our theft's thieves might take some time. Link back to us at Sunday Stealing!
CHEERS TO ALL US THIEVES!

Is easy to love? my boys, especially the one in dark glasses 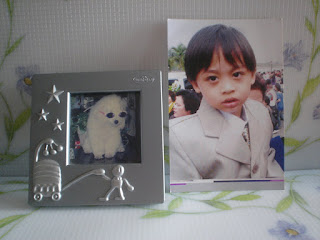 Do you just wanna smack?
Yes - Severus Snape
Do you trust?
I'd rather not. I learned from the nun who trusted and got pregnant. She confessed it was Baba Ghanoush
Do you talk to when you're alone?
authors of the books I'm reading
What...
Dangerous things do you do while driving?
either of these: worrying about work, putting on lipstick, mistaking red for green
Are you allergic to?
beer
Is Satan's last name?
to be confirmed. we haven't been formally introduced
Is the freakiest thing in your house?...
my late father's Poison
When...

Is it time to turn over a new leaf?
when life starts handing you lemons
Will you be all that you can be?
when I'm all that I want to be
Is enough enough?
when you are spent
Do you go to the dark side?
when it's to Amedei's Chauo
Where...

Are your pants?
to my left
Is your last will and testament?
in the air
Is your junk food stash?
bedside drawer
Is Carmen Sandiego?
same place as the Kremlin is in the Bermuda Triangle
Why...

Are there no seat belts on school buses?
dunno... we always lived near the school so I always walked

Swim the English Channel for a doughnut and coffee? If not that, what?
if I evolved from sinker to floater then it better be only for something that's really worth my while

Forgive someone who deliberately hurt you?
fat chance

Rather believe a lie if it hurt you less than the truth?
I don't believe. I know.

You still be alive if you were sucked out of an airplane window?
If I were a cat maybe

I am Harriet said…
Good for you keeping your stash close by.

Have a great Sunday!
http://iamharriet.blogspot.com/2009/12/who-do-you-talk-to-when-youre-alone.html

HODGEPODGESPV said…
i like these. happy sunday! thanks for visiting..see ya next weel
13 December 2009 at 23:50

Anya said…
HEHE
You answers are to FUNNY :-)
You make me always smile .......
I like your son in a costume
wow!! a real good looking young men
LOL

Ebie said…
Are you a midnight food snacker? That's where I store mine!

Anonymous said…
I'm so with you on forgiving someone that hurt you. :) LOL about your last will and testament. Great answers and funny. Have a great week ahead :)
14 December 2009 at 08:45