The Final Week of 2009 Meme and Memoirs 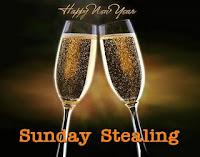 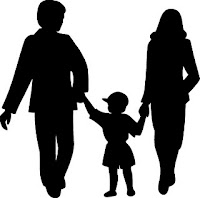 Today we ripped this meme off a blogger named Nik Dirga at the blog Spatula Forum. Nik is an American journalist who now lives in New Zealand with his kiwi wife and son. He does not say where he found the meme. But, it was probably stolen there as well. So, of course, that will be as far as we go. Tracing back our theft's thieves might take some time. Link back to us at Sunday Stealing!

1. What did you do in 2009 that you'd never done before?
researched scholarships

2. Did you keep your new years' resolutions, and will you make more for next year?
I don't do new year's resolutions because I never keep them

3. How will you be spending New Year's Eve?
by dining on seafood at a floating restaurant in Thailand's summer capital

4. Did anyone close to you die?
nope

5. What countries did you visit?
none

6. What would you like to have in 2010 that you lacked in 2009?
more determination not to procrastinate

7. What date from 2009 will remain etched upon your memory, and why?
nothing; 2009 was fun but there isn't any date that memorable to be etched in memory

8. What was your biggest achievement of the year?
sealing my place in my son's heart, WOOT! he doesn't want to live with his Dad

9. What was your biggest failure?
not being aware of something that should have gotten me out of here sooner

10. Did you suffer illness or injury?
no

11. What was the best thing you bought?
books

12. Where did most of your money go?
to my appetite for tours and sightseeing

14. What do you wish you'd done more of?
better, careful planning of goals

15. What do you wish you'd done less of?
being oblivious to things that cost me something I'd rather have been saving

16. What was your favourite TV program?
none, but I watched seasons 4 and 5 of LOST on DVD

17. Do you hate anyone now that you didn't hate this time last year?
no one

18. What was the best book you read?
The Exploration of Human Diversity

20. What was your favorite film of this year?
Twilight Saga: New Moon

21. What did you do on your birthday?
chatted with friends and ate things yummy

22. What kept you sane?
internet

24. Who was the best new person you met?
the bloggy friends I found

25. Tell us a valuable life lesson you learned in 2009:
Good timing in everything works wonders

*****************************
WEEKEND MEMOIRS
If you find yourself roaming Bangkok in December, you'd think it's just another city celebrating christmas. Despite being 95% Buddhist, indications of the season are stark. In fact some decors look over the top. I hear some Thais think Santa Claus is the father of Jesus. Commercialism here does not miss one of christianity's major celebrations.
There was a christmas party at the Philippine embassy two weekends ago. On our way there Cj thought it was perfect timing to behave. I was thankful it was a mild tantrum; "ignoreable" enough for me to stop and notice the Emporium escalator from the skytrain 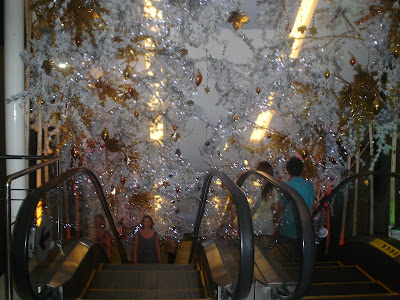 and the christmas merchandise inside 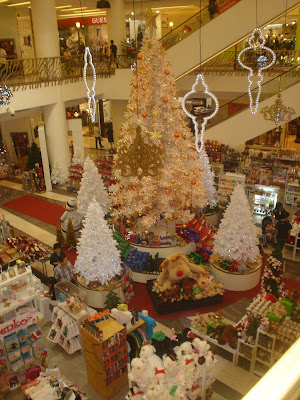 A problem with my visa kept me from shopping and wrapping gifts on time. I relied on restaurants and malls to celebrate christmas with Cj. From work I hurried to pick him up from his Dad's house.
We had an early christmas dinner at Sakura on Thursday 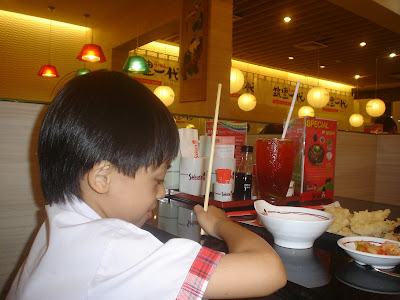 this is the huge tree at Central Bangna 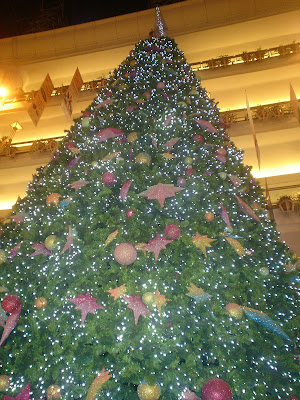 Anonymous said…
We have a lot if the same answers. Sorta boring meme if you ask me. I saw no Disneyland in this one. LOL. Such beautiful photos if the Christmas there. It indeed is international. K being nosey: why would a visa prevent you from shopping? Or was it the card and over limit? ROFLMAO
27 December 2009 at 11:22

I am Harriet said…
Traveling and sightseeing can be a good thing. I loved your pictures!
Have a great Sunday.
http://iamharriet.blogspot.com/2009/12/what-was-your-biggest-achievement-of.html
27 December 2009 at 21:24

Anonymous said…
Well I'm glad to know your not overspending. LOL. Oh and BTW I left a very informational response to your lovely comment about WordPress ROFLMAO
28 December 2009 at 07:53

Sunshinelene said…
The trees are huge and nice, zel. i wonder which one did you pick for your home.

HOpe your visa problem is now ok so that you are stressfree the remaining days of the holidays. Do you have Christmas break, too?

Happy Holidays to you and Cj! Hopefully it's one of the merriest.

Ebie said…
At least the 5% put up those huge Christmas trees! I have observed that some of our Thai office mates do not celebrate Christmas, and do not even attend our Xmas Party. Love your #8 answer. I also hope you get your 365-day "visa" and maybe even longer or you get to stay there permanently.
P.S. Sorry for this late visit. I wish you the best for the coming New Year!
29 December 2009 at 12:04