were spent among very adult stuff.

As we could immediately imagine ruins are no toys. I want CJ to taste some of life's finer moments early on and whenever the opportunity arises. So off we headed to the countryside to explore the past.

And the adventure begins. We take in the emotional character of King Narai's palace 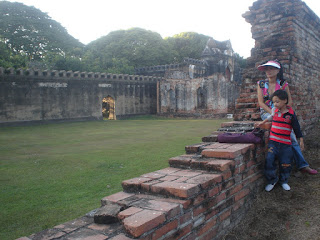 Cj actually doesn't like to face the camera nowadays. I tried to distract him while this shot was taken 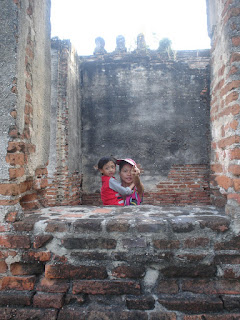 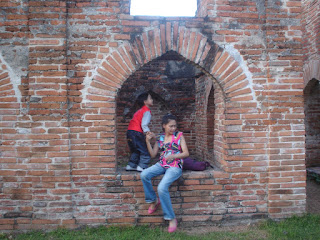 I want him to wonder, to be inquisitive, to be amazed and to be impressed with the bulk of knowledge he has yet to learn 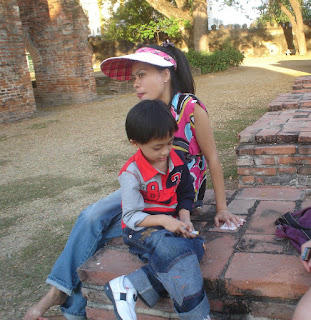 My friends and I chatted for awhile. One said that although CJ does not interact with us, he could be listening to our conversation and later write his observations. It could be about how Mommy took him to a weird Disneyland 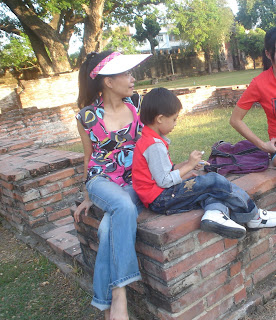 As long as he reports as scientifically as possible, I will have no objection. There's no pressure on large amounts of creativity. I just would love him to cherish the aesthetic significance of this experience. 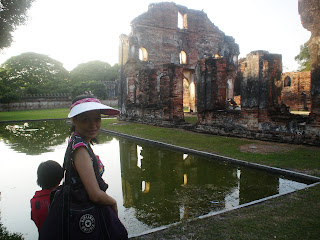 SASSY MOM said…
No doubt that the experience will be a memorable one for CJ. Nice photos Mommy!
11 December 2009 at 08:45

Clarissa said…
A great bonding of you and CJ--I bet that moment with you at the tour is one of the best memories for CJ!!^_^

Ebie said…
It is also one avenue of learning his roots!

Chubskulit Rose said…
I missed to participate last week but I am back now to share some of my mommy moments.

Anonymous said…
Great photos mom...but I must say, I think you will have to take him back there when he's a little older to really enjoy it. It sure is beautiful :)
11 December 2009 at 16:08

Rossel said…
museums and historical places are nice places to visit with our children. learning and bonding at a time. nice photos, Mommy.

Rossel said…
museums and historical places are nice places to visit with our children. learning and bonding at a time.

Azumi's Mom ★ said…
This one is a great idea for kids especially with his age. Learning history and appreciating the beauty of the place at the same time.

and yes, importane nga na e expose our kids to adult things and not just toys and toys hihi

Mamí♥Picture said…
What an AMAZING place!!!
Thanks for sharing those beautiful photos!
Ƹ̵̡Ӝ̵̨̄Ʒ
13 December 2009 at 06:10

Tetcha said…
That was a fun learning experience for CJ and a great mommy-son bonding moment, too!
13 December 2009 at 10:50