January 09, 2010
A Duet
When I was about 8 years old, I sang Something's Happened to Daddy in church. My father was not a church-goer so the guy I sang with was my mother's friend's husband. Papa keeps coming to my mind these days. January is the month he was felled by a massive coronary. Next week on the 14th is the anniversary of his death. The only times he ever set foot in church were during weddings and funerals of family and friends. I remember him being present in church eagerly when I was a flower girl at an aunt's wedding. Finally he entered church one more time. At his own funeral. I made sure church was the very place he went to before the cemetery. I only wished he was the one I sang with.
Amy hosts 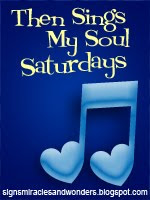 head over to Signs, Miracles and Wonders for more music or to join


Guns n' Roses and the Hunchback of Abella

My childhood was what can most likely be called normal. There was a balance of happy and sad memories. Today's Small Talk Six! topic is six vivid childhood memories. I present mine according to the emotions I felt with each memory. If I could make a sketch out of these memories I would but as I'm no artist, I'll borrow google images and try the words:

Gifts were regular while I was growing up. Among the first gifts my parents gave me were thick, beautifully illustrated story books. And then I got those red boots adorned by a witch's hat. It's probably why I love books, and shoes up to this day. 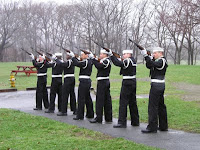 There was a deafening gun salute when his coffin was lowered and the Philippine flag draping it was handed to Auntie Grace. I was nine. That was the first and only time I saw my father cry. Soundlessly.

* Bella, Zaida, Darwin, Bong, Ailene and the hunchback of Abella 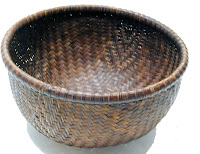 We lived in a subdivision called Abella. I played with Bella, an only child like me. Zaida, now a lawyer, would shake her belly while I pressed my ears hard on it to listen to a gurgling sound inside, then we would giggle under her mom's towering china roses. Darwin is now a PMA cadet (Philippines' equivalent of America's Westpoint). Bong had big-time brushes with the law and was murdered by vigilantes :(. Ailene loved to jump up and down her parents' spring bed all day long. And there was this tiny hunchback whom the other kids were kind to. They would lovingly carry him around in a rattan basket, encouraging him with cheeky grins. He must have loved the ride so much for he wouldn't get out of the basket :).

* Observing basketball players in the rain with Spot

On rainy afternoons the neighborhood kids would join my cousins in my uncle's basketball court. Everyone, including our dog Spot and even our house helper Lydia played basketball in the rain, except me. I was a fragile 5-year old and my mother reckoned playing in the rain was too rough for me so it wasn't allowed. Every time the ball strayed away, Spot would grab it and bounce it back to my cheering, frolicking cousins. That's the happy spectacle I observed through the window and my tears.

* Singing on a pulpit

You know how kids were 25 years ago. Some of them, like me obviously, were easily tricked into doing something adults thought were cute. I sang Something's Happened to Daddy with my mother's friend's husband. I wasn't tall enough to reach the lectern. They made me stand on a floor wax can.

* Cross on the forehead

PT&T (Philippine Telegraph & Telephone Corporation) owned a relay station in Davao del Sur which father supervised for some time. There were weekends when he would allow Mama and me to accompany him up there. I adored exploring that place despite warnings that the control room was haunted, whatever that meant to four-year old me. There was this little hut that sat on a nearby hill. It's visible from the station. One day I wandered into the hut where I found a friend named Danilo. We either picked mansanitas or played together until our mothers called us for meals. On one of my daily a'neighborings I arrived at the hut to find Danilo's father dressing a chicken. There was a small tin bowl of chicken blood on a makeshift bamboo table. Danilo's mother dipped her forefinger on the bowl and signed a cross on Danilo's forehead with the blood. Curious, I asked for a cross on my forehead too, and Danilo's mom obliged. Later I found out that the cross on Danilo's forehead was for his birthday that day.
basket photosource / story books photosource / gun salute photosource / mansanitas photosource
KarenC hosts

Head over to Momdot for more STS or to join

Anonymous said…
My dearest dearest sweet Hazel. What a touching post this is. My heart and thoughts are with you more during this time of the anniversary of your father's passing. The memories you have as a child of him and everything else is totally heart warming. Your kind, loving nature shines brightly with this my friend. The video just adds that much more too it. I love it. And what a fitting way to write a comment listening to it. :) I send you all the Aloha and Sunshine I can my friend. :) xoxoxoxox
9 January 2010 at 14:21

So nice to meet you! What a beautiful song!!!

I'm so sorry about losing your father.

I was a young girl when the Lord called my father home too.

Ebie said…
Oh, my dear Hazel, what a lovely rendition! I was never brave enough to sing duet or solo, but I can sing with the choir.
This is such a lovely post filled with lots of memories about your dad, your family friends and playmates.
Hehehe, I remember that cross on the forehead during those days. In Zee's time, we do not do it anymore. Funny when I think about it.
9 January 2010 at 22:34

Peggy said…
Blessings sweet Hazel... Is this you singing? Such a beautiful, touching post! So adorable singing this song!

My deepest sympathies during this time of remembering your earthly dad's passing (your uncle's too) but your Heavenly Father loves you and is surely keeping watch, sending His Comfort and right there beside you!

These six vivid childhood memories help to get to know you and are so touching! May Your loving Father wrap His arms around you and fill your heart & mind with all good thoughts, erasing anything that may harm you to draw you closer to God Almighty! May His Spirit bring you comfort, mercy & grace each day but especially on the 14th! Prayers being said for you dear Hazel & your precious family! Thanks for your visit & sweet words!
10 January 2010 at 00:45

Hazel said…
Thanks, Thom. You are sweet and kind.

Hi Susan, it's nice to meet someone who has also lost a parent. The feelings relate.

Ate Ebie, cross on the forehead always intrigued me then. The truth is I only searched it on the net today - what is it, the origin... I didn't find much.

Hi Peggy, no it's not me singing. Thanks for the prayer and kind words.

Hi Karen, neither have I heard the song in a long time actually. It's only the ocassion of my father's death anniversary that I looked for this song on youtube today.
10 January 2010 at 01:46

Mocha with Linda said…
I'd never heard this before. Thanks for sharing. Blessings to you as you reflect on memories of your dad.
10 January 2010 at 04:10

I am Harriet said…
I love reading about life in the Philippines. You have some great memories.

Lisa notes... said…
Oh, that little girl is just too cute. I'm sorry that your dad is no longer here with you. :-( I feel my dad slipping away now, but I have had a lot of years with him, so I can't feel sorry for myself.

annies home said…
I know how your heart must feel on this day the anniversary of which your father passed. I too was a daddy girl and often think the world would be so much easier if he was still here. Love the cute little singer as well
10 January 2010 at 09:20

Cathy said…
That little girl is so cute. Thanks for sharing those memories with us. Praying for God's comfort and blessings ~
10 January 2010 at 12:27

Tetcha said…
For some reasons, I felt sad reading your entry for Then Sings My Soul Saturdays. I loved your post, but it breaks my heart to know that your dad is no longer here and you won't be able to sing a song with him. I'm so sorry.
19 January 2010 at 15:06

November 10, 2011
These are words that begin with Q and not followed by U; in random order. Is there anything that's not new to you or have you used some in speech, writing, or word games?

More here and on crosswordsolver.
Thanks to Megan and Janet for hosting Thursday Thirteen
14 comments
Read more