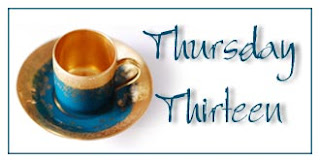 1. Party schooling. That's how I described gradschool while chatting with a friend last night. She says she's jealous. I assure her she doesn't need to be. Medical school is a different story. "...the torture of preparing for exams, horrible memories of sleep debt," she said so herself.

2. But I know that when she says 'jealous,' it was in response to my tale of spiriting ourselves in high heels to the corner coffee shop in a BMW after doing routine research. "Coffee in medschool was a necessity, not pleasure," the poor doctor lamented.

3. My classmates and I didn't really learn much from that carefree chatter in one of Bangkok's classiest coffee shops.

4. Forget the brainwork during 1 or 2-question, 3-hour exams where you do nothing but almost cripple your fingers writing and hoping that your essay pleases the professor enough to let you pass the subject.

5. The real party to me is when overseas scientists come to the university to speak. And then it was not a party when I missed one nobel laureate's speech;

6. The leisure readings in the library and the live action right from the classrooms.

There are courses I enjoyed very much:

Reception to the required paper I wrote for this course was polite but didn't wake up classmates to a debate. Only the professor was firing questions. Maybe my classmates were itching to have another cup of coffee. Coffee it was then.

~ An investigation of the advertising theories and methods; the roles and influences of advertising in economic and social system; advertising planning; consumer analysis; an analysis of motivation which influence the consumer in his decision making; market research that affects advertising; selecting of media; budgeting; evaluation; laws and etiquette concerning advertising matters.

I had fun with tobacco advertising tactics. Such ads are banned in Thailand by the way.

~ An introduction to the basic concepts, processes and techniques of the print and electronics media production for communication purposes, including an investigation of forms, characteristics, technology and impact with emphasis on analyzing and evaluating each medium.

We made a little movie branded by the professor as crap. "I am disappointed, class. I expected something much better," the professor declared. "Agh!" classmate Ms. Former- international-flight-attendant groaned. We braced ourselves for another reshoot.

~ Covering law theories, including examples from communication research. Study a variety of specific theoretical perspectives including systems theory, information theory, rules theory, and critical theory. Emphasize on the application of these theories to analyze and understand current issues of the society.

Even before gradschool or anything, I've always worried about a lawyer's final appeal to the jury when either watching it in a movie or reading about it. I always thought that if I were a lawyer, I would prefer to be the last to be heard before a verdict is reached. I couldn't verbalize an explantion but that's what's playing in my head. Meeting Recent Effects theory in this course was an affable, albeit partial solution to my crazy worry.

~ Application of a variety of analytical/critical tools to a range of texts, including, for example, public speeches, broadcast news, television programs, films, public documents, and artifacts of popular culture and advertising.

It only made me read more about archeology.... Life.

~ Nature of communication as applied in the political contexts, along with strategies and tactics deemed effective in a variety of political campaigns. Focus on related theories and case studies.

He naturally sprung out repeatedly as example in class discussions - Thaksin Shinawatra, the premier who 'vacationed' in England while Thailand sorted a coup-de-etat. I fancied photographing those tanks. I regretted not doing so. Lazy bones had too much technological determinism in one day.

This course was taught by Professor Beautiful: daughter of a Thai diplomat, raised in France, educated in the US; there was never a dull moment with her. She's a formidable combination of beauty and brains. It was like looking at a goddess for 3 hours once a week. I wished constant beholding was taking effect as quickly as just one term.

13. And in International Negotiation, we were given the promise of learning how to:

Hardball tactics, wowowee! I'll face that only if I have to, or if forced, or coerced. Just don't forget to remember that when you are negotiating with the Japanese, never ever mention World War II.

Ayako, the Japanese classmate, smiled and nodded when asked to confirm this.

Hootin' Anni said…
Great post, as always. You never cease to amaze me with the mass of knowledge.

Happily Retired Gal said…
Hmmm ... methinks something went wrong with my first attempt to leave a comment ... so I'm trying again. Interesting list ... brings back memories of MY experiences in grad school decades ago.
Hugs and blessings,
22 May 2009 at 02:07