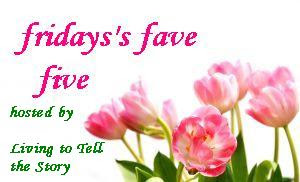 Anything that makes me look forward to things positive, I'm in. Today I join Friday's Fave Five, a meme hosted by Susanne of Living to Tell the Story. Since positivity is exactly what I'm trying to uphold in my life, here I am. When I reviewed my week for anything nice that happened or I thought was positive, I found out I have more than five! The count-your-blessing concept always works. Here's the summary:

1.Birthdays. June 15th was my mother's birthday, and we got to chat on the phone. Last night while getting ready for bed I opened my porch to let some fresh air in and heard chatter from the corner store opposite my apartment building. The chatter was in Thai, I didn't understand a thing. Then suddenly they all chorused "happy birthday to you!..." What caught my attention was that all of them sang off-key. Not a single voice was singing a correct tune. It was almost midnight, the neighborhood had gone quiet, but these birthday revellers although noisy, sounded very happy you can't be annoyed at them. Their happiness was contageous.
2. Spafford story. I have always been moved by the story behind It is Well with my Soul, but the ocean detail has never been cleared in my mind. I finally reviewed it on youtube this week and was happy to read the part I missed years ago.
3. Multitasking. When someone found out I was blogging, chatting, having dinner, and listening to music at the same time, his reaction was to leave the conversation. I said, "it's okay, I can multitask." The reply was "smart women." I wasn't really exerting that much effort on such kind of multitasking, but that was sweet of him. Later I hopped around looking for international news and read about President Obama issuing an excuse letter for a schoolgirl who missed her class. While watching the clip, I noticed that the gorgeous leader of the free world wrote the note while listening to the girl's father present something. Now that's some cool multitasking.

4. Durian icecream and macadamia choc cheese cake: my weekend indulgence, but I had it last night :-) 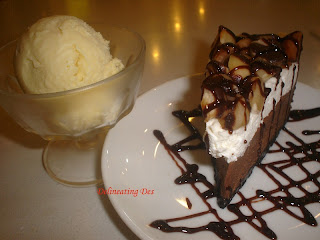 5. Dogs. Mine is having an indefinite vacation with my mother back home, and I was missing him terribly this week. This video cheered me up.

Where did you visit in England? My Mum's family is from the Manchester area so we always spent a lot of time there but I think my favorite trip was the Christmas we spent in the Yorkshire Dales - in a charming little village called Kettlewell.

Jerralea said…
I'd never heard Happy Birthday in Thai either.

I have always loved the story behind "It is Well."

Willow said…
Welcome to FFF, Hazel. I've never heard Happy Birthday in Thai, although I have heard it in Indonesian because I used to live there. Durian ice cream! Yum! It's the only way I like durian, though.

Susanne said…
We'll give the comment another shot! ;v)

That was a sweet thing for the president to do.

I can definitely sing Happy Birthday off key no problem, but I cannot do it in Thai, that's for sure. The cheesecake is looking yummy!