Music is a great stress reliever -- we all know that. We use it in different ways. I play the piano to unwind. Earlier I moved in to a smaller place, selling my gorgeous black Kawai upright in the process. Nowadays I play in piano studios, paying by the hour, thanks to divorce. Although I no longer play as often as before, I still have more than a thousand pages of sheet music, compendiums, selections, and books, excluding the ones at home in the Philippines. Most of the time I play to bring back memories or just to feel good.
1. Smoke Gets in Your Eyes by Jerome Kern and Otto Harbach;
~ playing this reminds me of grandma's haunted WW II house where I always heard The Platters version when I was little

2. Liebestraum by Franz Liszt
~ makes me dreamy and my plants grow well
3. War March of the Priests by Felix Mendelssohn
~ I play it to help digest a hearty meal
4. Fur Elise by Ludwig van Beethoven
~ my piece as a kid, still play it now
5. Pomp and Circumstance by Edward Elgar
~ I just love the majestic intro score
6. All at Once by Jeffrey Osborne and Michael Masser
~hey, I'm a Whitney fan :-)
7. The Search is Over by Frank Sullivan and Jim Peterik
~ I once taught in a church-run academy where secular music was almost non-existent. In the middle of a long school board meeting, the principal suggested a break, glanced at a quiet piano nearby and suddenly asked me to play anything. I grabbed a loitering student -- she did the vocals while I accompanied her on the piano and we gave the conservative board something they didn't expect. The impromptu Search is Over made tedious-meeting 'Survivors' out of them :-)
8. The Lord's Prayer by Albert Hay Malotte
~ dynamics of the final part give me a high 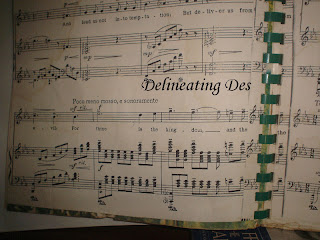 9. Desperado by Glen Frey and Don Henley
~ the repertoire is not complete without the Eagles, I love Karen Carpenter's version as well
10.Bohemian Rhapsody by Freddie Mercury
~ I play this when I'm really bored or to determine whether I should be embarrassed or proud of my mother who sang the obbligato part of this song during a regional group singing contest back home. They were a bunch of 40ish people who sang hymns in church. Btw, they came in second at the darn contest, lol

11. Unshakable Kingdom by the Gaithers and Sandi Patty
~ some gospel has to be on stand-by too; I love the upbeat sound when the notes transpose over "still some of us look for Him...sad that it had to end..."

12. The Holy City by F.E. Weatherly and Stephen Adams
~ my pooch either screams or dozes off near the pedal when I play this piece

13. Cavatina by John Williams and Stanley Myers, famous as theme from the Deer Hunter
~ this melody is probably my finest stress reliever; it's a classical guitar piece, but not bad on the piano. Try this youtube upload:

Here's wishing we all have a stress-free week, musical or not. Happy T13 everyone!

Unknown said…
I'm sorry you lost your piano. Here's hoping you are presented the opportunity to have another one day real soon. Happy T13!
25 June 2009 at 14:03

JO said…
My daughter loves playing the piano. And I ask her grandma to buy piano books in the Philippines since its cheaper.

cheery said…
smoke gets in your eyes...nostalgic memories of the early 80's. when i was 8 my big cousins teased me about being like olivia newton-john--not that i sang (or sing), but because she had this picture in a songhits book with her flyaway longhair, just like mine used to be (and still is when the slighest whiff of air disturbs the its peace).
25 June 2009 at 20:36

Genefaith said…
about the sites you told me..yeah I visited them and yes they're great! ala pa lang mi nakaiwan ng comments...

storyteller said…
Lovely list ... many of these songs would be high on MY list too and remind me that I've not touched my piano in far too long.
Hugs and blessings,
26 June 2009 at 01:39

Kristen said…
I have played most of those, too. It is amazing how playing the piano helps work through emotions. There is always a genre to fit your mood.
26 June 2009 at 01:46

The Bumbles said…
I admire your love of music and the way it fits into so many parts of your life. You might not always have a piano to play but you can always tinkle the ivories in your mind.